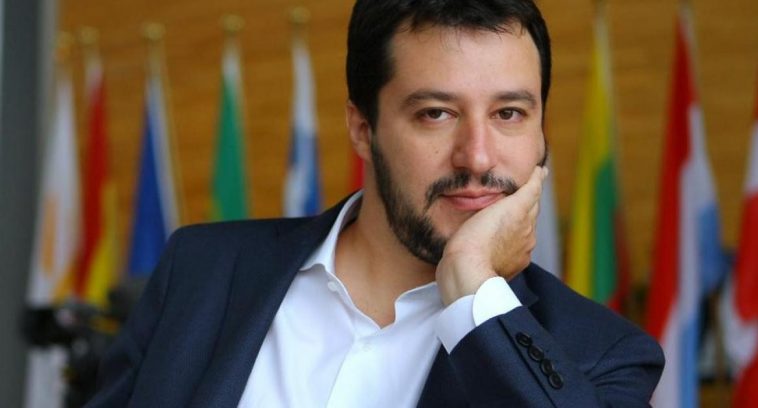 Dirty third-world migrants had a free ride at the refugee camp at San Ferdinando in the southern part of Italy for many years, but the gibs are running out after Italian interior minister Matteo Salvini ordered the use of big beautiful bulldozers to turn the camp into rubble.

The Guardian gives the skinny about Salvini’s BASED moves to preserve the national character of his people:

“On Wednesday morning, almost 1,000 paramilitary police officers surrounded the 400 shacks where the migrants have lived since the camp was established in 2010, near Gioia Tauro, in Calabria. As people were ushered out clutching their few possessions, bulldozers demolished the shanty town of cardboard and wood huts in a matter of hours.

“As promised … we went from words to actions,” said the interior minister, Matteo Salvini, head of the far-right League party. The majority of the camp’s inhabitants are from sub-Saharan Africa and worked in nearby farmers’ fields as illegal agricultural workers for paltry, exploitative wages.

In February, the mayor of San Ferdinando, Andrea Tripodi, said the camp was a danger to health and a fire risk. Four people have died in fires there over the past year.

Salvini had promised to relocate them to reception centres, but several refugees told Italian media they were looking to find shelter in abandoned houses in the countryside. ”

As opposed to leaders who just talk tough and refuse to do anything to back it up, Salvini is the real deal. He said he would tackle the problem of smelly, dirty migrant invaders and he is doing just that while sticking his distinguished schwantz in the eyehole of every globalist who opposes him.

“Unfortunately, Italian governments over the past five years have signed agreements [in exchange for what?] so that all these ships disembark immigrants in Italy,” Salvini said in 2018. “With our government, the music has changed and will change.”

“I refuse to spend 6 million euros per year belonging to the Italian citizens, when there is a different way to act respecting everything and everyone,” Salvini during a Facebook Live address made on Jan. 22.

“We have no intention of leaving Europe, we want to change it, improve it, but not abandon it,” Salvini said last month of his intentions to spread his brand of leadership to the whole continent.

Salvini, along with Hungarian Prime Minister Viktor Orban, is showing the rest of Europe how it is done. Soon, every nation throughout Europe will have their own Salvini, and they may decide to come together to make the gallows great again for certain criminals within the scumbag pedo-globalist elite!