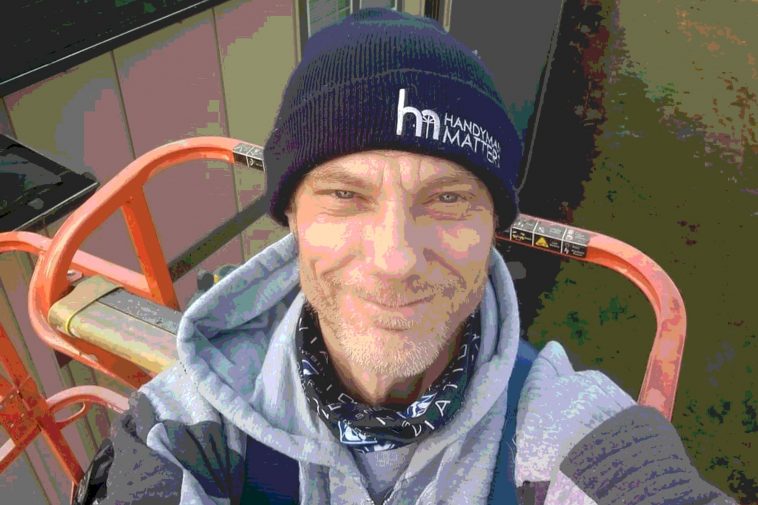 Portland police are investigating whether a self-identified member of Antifa with two pending firearms charges was involved in the fatal shooting of a Trump supporter at a Black Lives Matter event on Saturday, one of his family members told reporters.

The Oregonian reported that Michael Forest Reinoehl, 48, is a suspect in the shooting death of Jay Bishop, a member of Patriot Prayer, a conservative organization that has appeared at protests in the Portland area.

The newspaper reported the Reinoehl’s sister identified him in photographs shown to her by police officers investigating the shooting. The Wall Street Journal reported that a law enforcement official said that Reinoehl is a person of interest in the case.

Reinoehl has been charged twice in recent months with illegal possession of a loaded firearm, including at a Black Lives Matter protest in Portland last month. He was issued a citation but not arrested at the time, a spokesman for the Multnomah County district attorney’s office told The Daily Caller News Foundation.

Bishop died Saturday after he was shot in the chest shortly before 9:00 p.m. local time in downtown Portland. Patriot Prayer members were traveling in a caravan of Trump supporters through the city when they clashed with Black Lives Matter protesters.

The Portland police department declined the DCNF’s request comment on whether Reinoehl is a suspect in Bishop’s death.

Reinoehl has a lengthy criminal record and has expressed support for the Black Lives Matter movement and Antifa.

“I am 100% ANTIFA all the way!” Reinoehl wrote in a post on Instagram on June 16. “We do not want violence but we will not run from it either!”

Reinoehl, who lists himself on social media as a snowboard instructor, also compared the protests to war, and said that “like all wars there will be casualties.”

According to local news reports, Reinoehl was clocked at 111-mph while drag racing his son on Interstate 84. Police found alcohol and pills in Reinoehl’s vehicle, as well as a loaded Glock handgun.

According to the news report, Reinoehl did not have a concealed handgun license. Reinoehl’s 11-year-old daughter was also in the vehicle, leading to the reckless endangerment charge.

Court filings show that a warrant was issued for Reinoehl’s arrest after he failed to appear for arraignment on July 8.

Reinoehl was cited again on July 5 with possession of a loaded firearm, resisting arrest, and interfering with police activity. All of the charges were misdemeanors.

According to The Oregonian, Reinoehl was found with the weapon at a Black Lives Matter protest in Portland at 2:00 a.m. on July 5.

Court filings show that the judge handling the case issued a “no complaint” ruling.

A spokesman for the Multnomah County district attorney declined comment on whether Reinoehl is a suspect in Bishop’s shooting death. But he said that Reinoehl was given a citation — and not arrested — following the incident last month.

Brent Weisberg, the spokesman for the district attorney, said that Reinoehl’s case remains open, but that arraignments in cases where defendants are not in police custody have been put on hold because of the COVID-19 pandemic.

“The majority of cases we received as a citation in lieu of booking, including this case, remain pending review,” Weisberg told the DCNF.

“We have neither rejected nor declined prosecution on this case. This incident from July 5, 2020 remains an ongoing investigation.”

Portland has for several years been a flashpoint for clashes between Antifa supporters and right-wing groups such as Patriot Prayer, which was founded by activist Joey Gibson. Tensions have escalated in recent months following the deaths Breonna Taylor and George Floyd, who were killed by police officers earlier this year.

Reinoehl’s Instagram account shows he has attended several protests over the past couple of months. He also made reference to a patriot group showing up to a protest on July 4, the day before Reinoehl was arrested on the gun charges.

Reinoehl posted a message he received from a friend who said that they were “getting word from a Patriot group on Facebook that the 4th of July they are taking back the cities. They might probably are hostile w arms. Watch your and your friends back and don’t get cought [sic] in a crossfire.”

“Thank you my friend we are ready,” Reinoehl wrote.

It is unclear whether Reinoehl was referring to the Patriot Prayer group.

Reinoehl posted a video on Instagram on July 4 of a Trump flag being burned in which a man near the camera can be heard yelling “Fuck Trump” along with a crowd of protesters.

A caption for Reinoehl’s video reads, “Fuck Donald Trump,” and hashtags for Black Lives Matter and Breonna Taylor, a 26-year-old black woman fatally shot by police in Louisville in March.