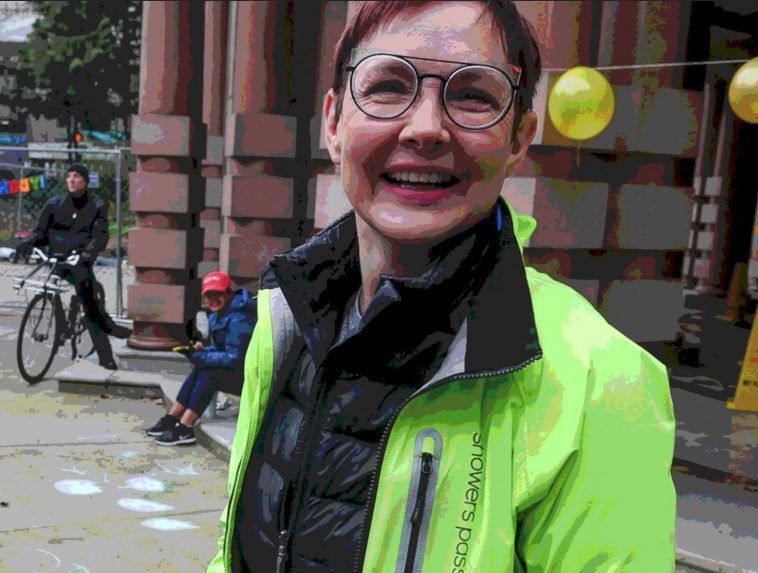 Portland’s next mayor could be an open supporter of Antifa, the violent, far-left movement whose members have unleashed violence in cities across America.

Left-wing activist Sarah Iannarone will face incumbent Democratic Mayor Ted Wheeler in a runoff election on Nov. 3 after neither candidate received a majority of votes in the first round of voting.

Wheeler beat Iannarone in the first round of voting, but has faced criticism from both sides of the political spectrum over his handling of the city’s nightly unrest, which has included nearly 30 riots since late May. A supporter of President Donald Trump was shot and killed Saturday night during a pro-Trump demonstration in Portland.

Trump has criticized Wheeler for not embracing federal assistance to quell the city’s riots, while left-wing activists have accused Wheeler of being too tough on demonstrators. Local progressive activists have called for Wheeler’s resignation, but the mayor has said he has no plans to step down.

Iannarone, whose platform includes a “Housing for All” plank and a pledge to slash the city’s police funding, identified herself as a member of the Antifa movement in a January 2019 tweet.

“To those who say Antifa are violent thugs: I am not a violent thug and I am Antifa,” she wrote.

“My daughter was in the streets last night driven by anti-racist conviction. She is not an agitator nor an opportunist and she should not fear for her safety at the hands of Portland police,” Iannarone wrote in a May 31 tweet.

“Protests will continue in our city and across the country until our leaders address the problems racism, police brutality, and white supremacy undergirding our society,” she added in a statement accompanying the tweet.

“We need to understand these protests are part of a healthy democracy. Peaceful protests, in my opinion, might not necessarily be moving the conversation forward,” she told KGW8 in an Aug. 7 interview. Her campaign later issued a follow-up statement saying she does “not condone” criminal activity.