Prime Minister Viktor Orban of Hungary fought communists on the streets of his nation when he was a young man, and he knows exactly how to root their influence out. He recently instituted judicial reform to clean up the courts.

The New York Times reports in horror of the progress being made in Hungary:

“Prime Minister Viktor Orban of Hungary tightened his grip on power on Wednesday, as the Hungarian Parliament, controlled by Mr. Orban’s far-right party, approved the creation of a parallel court system that cements executive control over the judiciary.

Once the new system begins operating within the next 12 months, Mr. Orban’s justice minister will control the hiring and promotion of its judges, who will have jurisdiction over cases relating to “public administration” — including politically sensitive matters like electoral law, corruption and the right to protest.

Hungary’s existing judiciary, which already faces significant meddling by Mr. Orban’s government, will continue to work — but with a reduced mandate, and with no oversight of the parallel court system, known as the administrative courts.

Civil rights watchdogs see the move as the latest erosion of democratic institutions under Mr. Orban, who since entering office in 2010 has created a blueprint for backsliding from the liberal democracy that took hold in Eastern Europe in the 1990s.”

Orban also evicted the Soros network from his country in recent months.

“They do not fight directly, but by stealth; they are not honourable, but unprincipled; they are not national, but international; they do not believe in work, but speculate with money; they have no homeland, but feel that the whole world is theirs. They are not generous, but vengeful, and always attack the heart – especially if it is red, white and green [the colours of the Hungarian flag],” he said.

While Orban kicks liberal ass, President Donald J. Trump attempts to appeal to the better instincts of the Democrats. This strategy has gotten us no border wall, a massive overall increase in immigration, and the continued funding of Planned Parenthood.

JUST IN: “I am proud to shut down the government for border security … I will take the mantle. I will be the one to shut it down. I’m not going to blame you for it,” President Trump tells Senate Minority Leader Schumer in the Oval Office. pic.twitter.com/xN0ebjJMJv

Trump talks tough but he needs to back that up with action. Following Orban’s blueprint would be a great way to do that, and that begins with a massive overhaul of the corrupt court system. The 9th District circuit court must go! 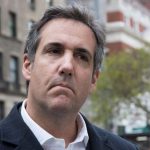