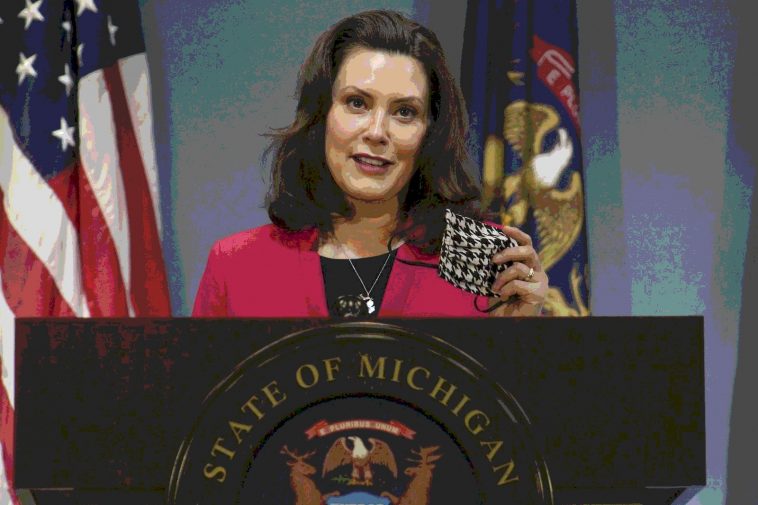 Governor Whitmer of Michigan is now pretty accustomed to being a national figure, for good and for bad depending on who you speak too, but now her husband has found himself stumbling into the public eye- and not for the reasons one would wish.

In a new report from Fox News, “Michigan Gov. Gretchen Whitmer faced backlash from Republican lawmakers after a reported request from her husband to get the family’s boat out on the water before Memorial Day weekend — far from their home in Lansing.”

For Whitmer, this is only another day. Since the start of the COVID-19 pandemic, Whitmer has sparked controversy across the nation for imposing draconian measures, some of which have been deemed as “the strictest lockdowns in the country.” As a result of her decrees, there have been regular protests and other acts of civil disobedience. Now, she has gone as far as to tell non-Michigan residents to “stay away” from vacation spots that desperately need tourism dollars, despite being open (and following social distancing guidelines.”

Now, accusations of elitist privilege are zeroing in on her husband. Fox reports that Tad Dowker, the owner of NorthShore Dock LLC, stated in a Facebook post which has since been removed, that a request was made by Whitmer’s husband, Marc Mallory, to take his boat out for Memorial Day weekend, one of the many actions Whitmer herself did not want anyone, resident or non-resident, to do during the pandemic.

“This morning, I was out working when the office called me, there was a gentleman on hold who wanted his boat in the water before the weekend,” Dowker posted (the post of which was obtained by The Detroit News). “Being Memorial weekend and the fact that we started working three weeks late means there is no chance this is going to happen.”

Alex Swoyer from The Washington Times reported Whitmer’s public statements upon being confronted with the backlash, with Whitmer stating that this as simply her husband’s attempt at being humorous. “Knowing it wouldn’t make a difference, he asked if being married to me might move him up in the queue. Obviously, with the motorized boating prohibition in our early days of COVID-19 it might get a laugh. It didn’t, and to be honest I wasn’t laughing either when it was relayed to me,” she said.