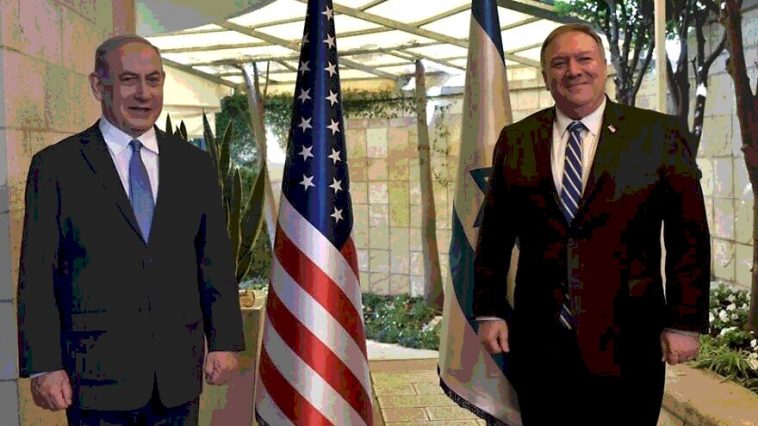 Upon his arrival, U.S. Secretary of State Mike Pompeo held a joint press conference with Netanyahu at the Prime Minister’s Office in Jerusalem.

Expressing his condolences for the IDF soldier killed on Tuesday morning in a Palestinian rock attack, Pompeo said, “It reminds us of all of the importance of making sure that people all across the world know that Israel has the right to defend itself [and] that America will consistently support you in that effort.”

Pompeo also noted the two-year anniversary of the move of the U.S. embassy from Tel Aviv to Jerusalem.

Discussing U.S.-Israeli cooperation on the coronavirus front, Pompeo stated, “We’ll certainly talk about the challenges the globe faces with COVID, Israeli technology, Israeli medical expertise, all the things that you and I and our teams can work on together. I know we’ll deliver  good outcomes [and] decrease risk for people all across the world from this global pandemic.”

In a veiled reference to and dig at China, he added, “You’re a great partner. You share your information, unlike some other countries that try and obfuscate and hide information. And we’ll talk about that country, too.”

Pompeo also said that he “looks forward to mak[ing] progress” on Trump’s “vision for peace,” and blasted the ayatollah-led regime in Tehran for “using [its] resources to foment terror across the world, even when the people of Iran are struggling so mightily.” This, he added, “tell you a lot about the soul of those … who lead the country.”

Pompeo’s address followed words of welcome by Netanyahu, who is engaged in finalizing the distribution of ministries to his coalition partners ahead of the swearing-in of the national-unity government on Thursday.

“I think that this [new government] is an opportunity to promote peace and security, based on the understandings that I reached with President Trump [during] my last visit in Washington in January,” he said. “And these are all tremendous challenges and opportunities. We can do them because we have such a powerful bond that makes the alliance between Israel and the United States stand out, certainly for us, but I think for many other countries … There is an unbreakable bond of values and interests that has kept this alliance together, but also kept it growing and growing and growing. It’s never been stronger.”