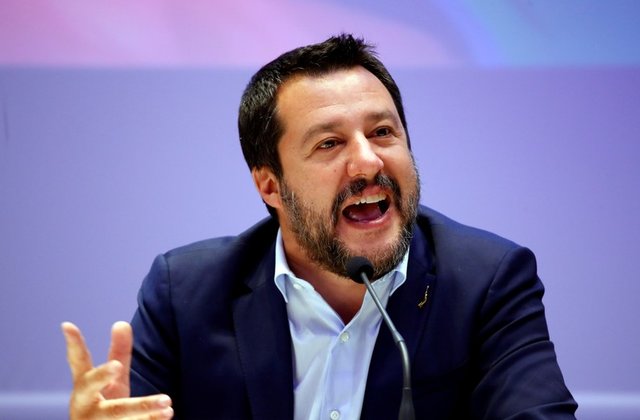 Italy’s right-wing Deputy Prime Minister Matteo Salvini said that he would prefer the EU take in Russia rather than Turkey.

“To be honest, instead of offering Turkey, I would prefer to see Russia in Europes’s ranks,” he said (referring to EU accession).

Salvini cited closer shared culture and traditions as some of his reasons.

“I think, Russia is much closer to our history, our culture, our economy, our traditions, than Turkey,” he continued.

Salvini has been a long-time critic of Turkish efforts to join the EU. Earlier this month, he expressed his view that Turkey’s accession process should be stopped altogether.

Salvini has also been an outspoken opponent of the sanctions and counter-sanctions between Europe and Russia that began in 2014 under the Obama administration, calling them a form of “madness” which has cost Italian businesses billions of Euros in revenue.

Salvini has denied numerous lies that the Russians have installed him as a puppet. While these rumors from the left wing media persist, we saw across the sea in the US, how similar accusations on another right-wing President were unproven.

Avi Kumar is a contributor to The Schpiel.