Netanyahu “was dubious about assigning the task of bringing an end to the Israel-Palestinian conflict to Kushner, whose family Netanyahu had known for many years,” wrote Bolton in his new book The Room Where It Happened: A White House Memoir.

The book is scheduled to be available to the public on June 23, though the Trump administration has been attempting to block its release.

“He was enough of a politician not to oppose the idea publicly, but like much of the world, he wondered why Kushner thought he would succeed where the likes of [Henry] Kissinger had failed,” wrote Bolton, who served as National Security Advisor from 2018 to 2019, in the 592-page tome.

Netanyahu’s office denied Bolton’s assertions, saying that the prime minister “has complete faith in Jared Kushner’s abilities, and resolve and rejects any description to the contrary. Kushner has greatly contributed to furthering peace in the Middle East.”

The Trump administration’s “Peace to Prosperity” Mideast plan was announced earlier to this year and accepted by the Israelis, but rejected by the Palestinians. 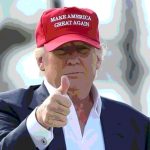