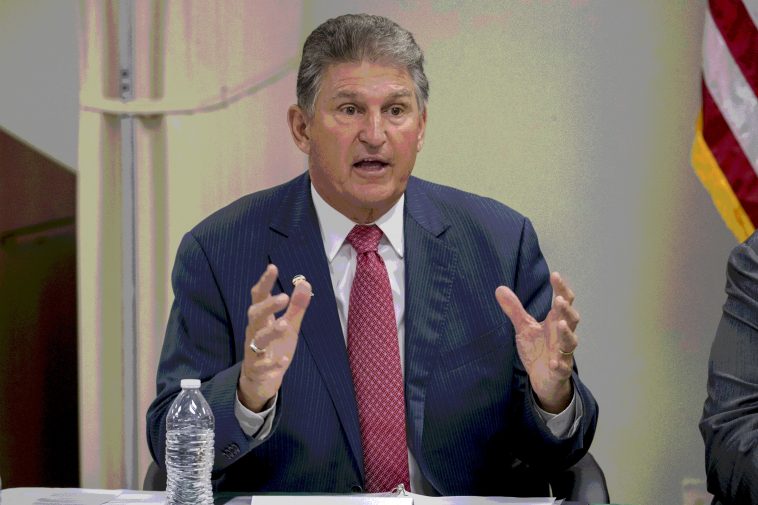 Democratic West Virginia Sen. Joe Manchin said that he would not support abolishing the filibuster if his party were to win the majority come November.

“That’s bullshit,” Manchin told CNN Tuesday when asked if he would join other Democrats who have called for lowering the vote threshold to close debate on legislation.

“The whole intention of Congress is to have a little bit of compromise with the other side,” he said. “Our job is to find common and cooling ground, if you will, to make something work that makes sense.”

Manchin’s opposition could be a significant hurdle if Democrats take the Senate majority in November. To successfully abolish the filibuster would require 51 affirmative votes, but right now the Democrats have 47 members, including Independent Sens. Bernie Sanders and Angus King, who caucus with the party.

To abolish the filibuster without Manchin’s support the party would have to flip five seats, assuming no incumbent Democrats lose their seat and every member of the caucus votes to end the filibuster as well.

Even if Democrats win toss up races in Arizona, Colorado, North Carolina, Maine and Montana, they will not have 52 members if Alabama Democratic Sen. Doug Jones, widely considered an underdog to Republican challenger Tommy Tuberville, fails to win reelection.

Further decreasing the likelihood of the filibuster being abolished are moderate Democrats who have been hesitant to support the measure. Jones himself said that “we have to continue to maintain the institutions of the Senate, and the filibuster has long since been an important part of that for the minority,” according to CNN.

“I would not favor getting rid of that,” Jones said, calling proposed changed a “slippery slope,” Jones said.

Some Democrats who have supported abolishing the filibuster have referenced the Senate’s highly polarized makeup, arguing that the extremely partisan nature has prevented any meaningful legislation from getting passed, according to CNN.

Democratic Minnesota Sen. Amy Klobuchar said that the filibuster has stopped “major pieces of legislation that we cannot just wait anymore for as a country,” saying that she would consider supporting the measure if it were brought up, CNN reported.

While Republicans and some Democrats reject abolishing the measure, both parties have taken steps to weaken it in recent years. In 2013, Democratic Senate Majority Leader Harry Reid abolished the 60-vote threshold to close debate on presidential nominations outside of the Supreme Court.