The Kansas City police department said Sunday that officers found bricks and rocks staged near protest sites around the city, stoking concerns that individuals or groups had pre-planned looting and destruction that hit the city over the weekend.

“We have learned of & discovered stashes of bricks and rocks in & around the Plaza and Westport to be used during a riot,” the department said in a tweet on Sunday.

As in most major cities across the U.S., protesters gathered in Kansas City over the weekend over the police-involved death of George Floyd. The 46-year-old black man died last Monday after a Minneapolis police officer kneeled on his neck for nearly 10 minutes during an arrest involving a non-violent incident.

What began as peaceful protests in many cities over the past several days has devolved into looting and rioting. Looters hit Kansas City’s Plaza, a high-end retail district, on Saturday and Sunday.

A spokesman for the Kansas City police department said he had not identified the source for the bricks and rocks found near the protest sites. But he said they were likely intended for “nefarious use.”

“I don’t know who would have put them there. I don’t think they’re doing any type of construction or anything like that. I sense that they’re probably there for nefarious use,” Capt. David Jackson told reporters on Sunday.

Fires were also set during the riot. A reporter for KSHB, a Kanas City TV station, said that her car was set on fire near the protests.

Piles of bricks and rocks have been spotted by social media users in other cities across the U.S. stoking concerns that groups are staging much of the rioting and looting. So far, only the Kansas City police department has linked the discovery of pallets of bricks to pre-planned rioting.

President Trump and the Justice Department have asserted that Antifa, the loosely organized left-wing anarchist group, is behind much of the looting and rioting. Trump said Sunday he plans to declare Antifa a domestic terror group.

Democrats have downplayed Antifa’s role in the protests. Some have asserted without evidence that white supremacist groups are behind much of the violence. Former National Security Adviser Susan Rice went as far Sunday as claiming that the Russian government was funding some of the violence in order to sow discord over George Floyd’s death.

The New York Police Department’s top counterterrorism official said Sunday that the agency has analyzed the tactics of anarchist groups.

John Miller, the deputy commissioner for intelligence and counterterrorism, said Sunday that anarchist groups have organized medical teams near protest sites in anticipation of violence and confrontation with police.

“They prepared to commit property damage and directed people who were following them that this should be done selectively and only in wealthier areas or at high-end stores run by corporate entities,” Miller said, according to NBC News.

He also said that the groups use bicycle scouts to direct violent demonstrators to parts of the city that are not patrolled by police.

He said the scouts were able “to direct groups from the larger group to places where they could commit acts of vandalism including the torching of police vehicles and Molotov cocktails where they thought officers would not be.” 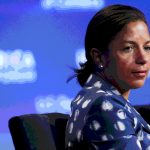