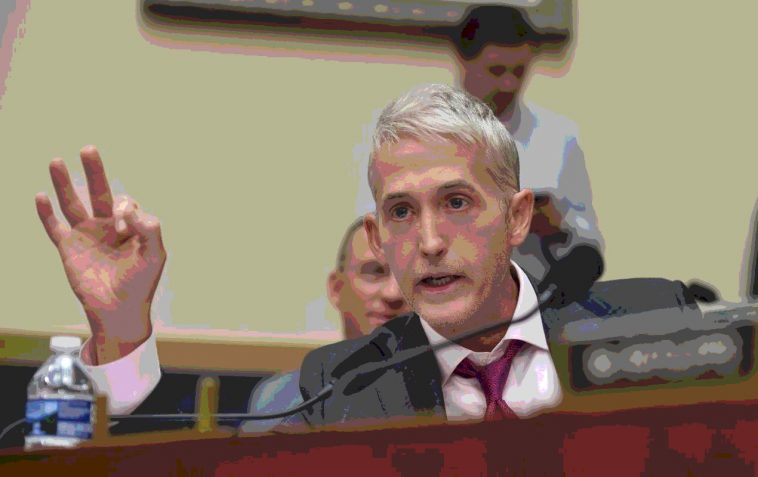 Gowdy was asked in an interview on Fox News’ “Sunday Morning Futures” to identify reporters he believed took leaks from Schiff for stories related to the Intelligence panel’s Russia investigation.

“Well, I hope you have a three hour show,” Gowdy quipped.

“Kyle Cheney is just an acolyte for Adam Schiff,” said Gowdy, referring to a senior congressional reporter at the website.

“Manu Raju from CNN,” the Republican continued, referring to the network’s congressional reporter.

“Nothing Schiff wanted out, made public — no leak was too low for Manu Raju and CNN.”

“Fill in the blank at The New York Times,” he added.

Gowdy, who is now a Fox News contributor, has blasted Schiff in the past for leaking information to reporters.

Gowdy said in a March 31, 2019 interview that he wondered whether U.S. intelligence agencies would stop providing information to Schiff because he “leak[s] like a screen door on a submarine.”

Schiff, a California Democrat, insisted for several years that he had seen evidence of possible collusion between the Trump campaign and Russian government. In a March 20, 2017 intelligence committee hearing he cited portions of the Steele dossier, which alleged that the Trump campaign and Kremlin were involved in a “well-developed conspiracy of collusion” to influence the 2016 election.

Schiff also released a memo in February 2018 that defended the FBI’s handling of the dossier, and said that the bureau properly investigated the document before using it in applications for Foreign Intelligence Surveillance Act (FISA) warrants against Carter Page.

The IG found that the FBI failed to verify any of the dossier’s allegations related to the Trump campaign. The FBI also had evidence by 2017 that the primary source for the dossier disputed much of what was reported in the salacious document. The FBI also received evidence that the Russian government had fed disinformation to Christopher Steele, the author of the dossier.

Politico and CNN did not immediately respond to requests for comment about Gowdy’s remarks.