Poland’s ruling Prawo i Sprawiedliwość (Law and Justice) party, or PIS for short, won yesterday’s local and regional elections, which were widely viewed as a plebiscite on the ruling party’s performance.

“We won for the fourth time in a result that bodes well for the future, especially for the parliamentary elections [next year],” said Jarosław Kaczyński, the chairman of PIS.

According to IPSOS exit polls, PIS won with 32.3% of the vote, compared with the runner-up Koalicja Obywatelska’s (Citizen’s Coalition) 24.7%. According to the exit poll, PIS came in first place in 9 of Poland’s 16 regional Voivodeship councils, which is 4 more than in the previous local/regional elections in 2014.

While Kaczyński warned that the results were not final, he added that “if [the results] we have right now are confirmed, we’ll be able to try to govern many areas.”

“This is one of the strongest showings [any political party has had] in the history of the Third Republic,” said Prime Minister Mateusz Morawiecki.

“During the elections we were convinced that getting through to voters was the most important thing,” Morawiecki said. “Year after year we’re persuading more of our citizens [to our side],” he added.

Ryszard Petru, the founder and former leader of Nowoczesna, stated that the coalition with Platforma Obywatelska (PO) failed and that his party’s voter base “evaporated.”

“When I led Nowoczesna into the Sejm [lower house of Poland’s parliament], Nowoczesna had 7.6% and PO had around 25% [support]. And PO, within Koalicja Obywatelska, had exactly the same result [in these elections], while Nowoczesna’s electorate evaporated,” Petru said.

“From the point of view of prognosticating for the Sejm in 2019, these election results aren’t very optimistic,” Petru added.

Alex Witoslawski is The Schpiel's Central and Eastern European Correspondent. 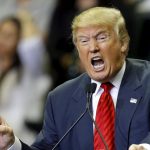