“We find ourselves, I think, for the first time with an attorney general who really is the president’s defense lawyer and spokesperson, and who’s quite good at it,” Schiff said at an event held by the Council of Foreign Relations.

“He is not the sophist that Giuliani is, he’s much more dangerous. And I think he’s the second most dangerous man in the country for that reason,” the Democrat added, referring to Rudy Giuliani, a personal lawyer for Trump.

“When you have an attorney general … that lies to Congress, as he did when Charlie Crist asked him about whether he was aware of these reservations that had been reported about the Mueller team and he said that he was not, that’s a very dangerous situation,” Schiff asserted, referring to Barr’s April 9 testimony before the House Appropriations Committee.

Schiff’s allegation leaves out key context from Barr’s remarks during that hearing, as well as Mueller’s own statements to the media in May.

Barr did tell Crist, a Florida Democrat, he was not sure what news reports were referring to when they said that Mueller’s team was frustrated with a letter he sent Congress on March 24 laying out the core conclusions of the special counsel’s report.

“Reports have emerged recently, general, that members of the Special Counsel’s team are frustrated at some level with the limited information included in your March 24th letter, that it does not adequately or accurately necessarily portray the report’s findings. Do you know what they’re referencing with that?” Crist asked Barr.

“No, I don’t,” Barr replied, before adding: “I suspect that they probably wanted more put out, but in my view, I was not interested in putting out summaries or trying to summarize.”

Mueller himself said in May he believes Barr acted in “good faith” in handling the report, which was released in lightly redacted form April 18.

“I do not question the Attorney General’s good faith in that decision.”

Schiff claimed repeatedly during the two-plus year investigation he had seen evidence of collusion between the Trump campaign and Russian government to influence the 2016 election. Schiff even quoted from the infamous Steele dossier during a public hearing held March 20, 2017.

But the special counsel’s report said prosecutors were unable to establish that the Trump campaign conspired with the Russian government. The report all but debunked the Steele dossier, which alleged there was a “well-developed conspiracy of co-operation” to influence the election. 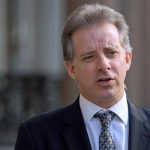