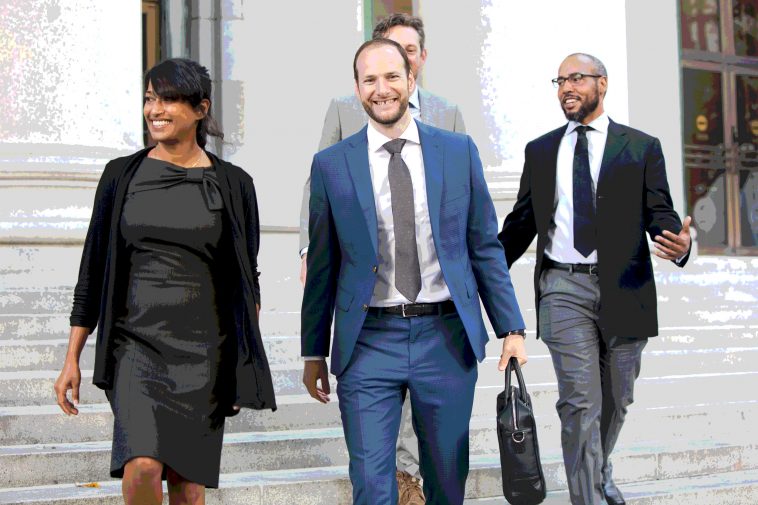 Gilbert and Boudin’s mother, Kathy Boudin, were convicted of murder in 1983 for serving as getaway drivers during a bank robbery that left three people dead at the hands of their co-conspirators.

Both of Boudin’s parents were members of the Weather Underground, a far-left domestic terrorist group responsible for a series of bombings and other violent crimes at the end of the 1960s and into the 1970s. With his parents in jail, Boudin was raised by their Weather Underground colleagues.

Boudin said his decision to clear out San Francisco’s jails during the coronavirus pandemic was motivated by his father’s circumstances.

“In mid-March, I started emptying out our city and county jail because those living and working there face a grave risk of falling ill, dying and spreading COVID-19. My sense of urgency about this issue is professional, and it’s also personal: My 75-year-old father lives in a prison cell,” Boudin wrote in a Los Angeles Time op-ed on Wednesday.

“My parents’ decisions caused irreparable, cascading harm, but 38 years later, they shouldn’t mean that my father, a model prisoner with numerous underlying medical conditions, is sentenced again, this time to die prematurely from a viral outbreak,” he added.

Boudin was elected to district attorney in 2019, running on a hard left platform. Among Boudin’s policy pledges was not to prosecute public urination in the urine-and-feces-plagued city.

“We will not prosecute cases involving quality-of-life crimes. Crimes such as public camping, offering or soliciting sex, public urination, blocking a sidewalk, etc., should not and will not be prosecuted,” Boudin promised in response to an American Civil Liberties Union campaign questionnaire.

Boudin’s pledge came despite the fact that San Francisco residents reported more than 30,000 cases of poop to authorities in 2019, according to city records.