The Dow Jones Industrial Average hit a new milestone Friday as it crossed the 28,000 mark. Its actual close, at 28,004,  was a record high, 221 points above Thursday’s finish.

But if you relied on the Big Three network evening newscasts, you have heard nothing about this major and very positive accomplishment.

ABC’s World News Tonight, CBS Evening News, and NBC Nightly News perpetrated a complete blackout of this key development. The producers of these certifiably Left-wing broadcasts very likely could not stand the notion of sharing with their millions of viewers this solid proof of the triumph of Trumponomics. Far better to keep their audience in the dark and maintain their 96 percent anti-Trump coverage than to inform Americans about the salutary effects of his tax-reductions, deregulation, and other pro-business policies that now have this economy on fire.

ABC did spend 45 seconds on the rivalry between “Jeopardy James” versus “the Librarian” on Jeopardy. CBS’ Norah O’Donnell detailed for 45 seconds how Taylor Swift’s first record label is preventing her from singing songs that it owns. And NBC devoted 1:20 to some especially nasty mayhem in football involving one player who bashed another in the head with this helmet.

The three networks all could have aired stories with the news of Dow 28,000 and — as would have happened back in the good old days of basic media bias, as under Reagan — they would have found some people who are not in the stock market who would have wondered, “When are we going to get rich?” That would have poured a bucket of tap water into the punch bowl, but at least Americans would known that there is a punch bowl and seen the punch.

Today, the Big Three hide the punch bowl while telling everyone that Trump handed it to his rich friends — right before he took his latest orders from the Kremlin.

“There’s no better way to prove bias - none - than to show the bias of omission like this,” Media Research Center President Brent Bozell told me.

Of course, if Hillary Clinton were president, and the Dow hit 28,000, each network would have done a one-hour special Friday night with such titles as Dow 28,000: Triumph of Hillarynomics and Hillary’s Dow at 28,000: Road to Dow 40,000? Conversely, if Hillary’s policies had shoved things southward, the media would have left her blameless and, instead, scratched their skulls. This would have yielded such programs as Dow 20,000: What Happened? 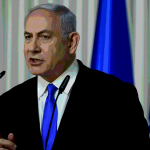