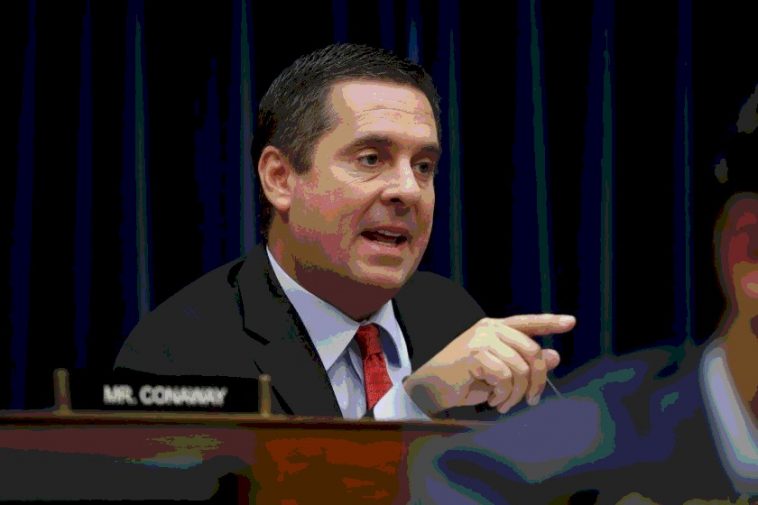 California Rep. Devin Nunes, the top Republican on the House Intelligence Committee, said Sunday he is seeking an interview with a Belarusian-American businessman alleged to be an unwitting source for major allegations in the Steele dossier.

Nunes wants to speak with three individuals linked to the dossier, he said on Fox News’ “Sunday Morning Futures.” The most important of that trio is Sergei Millian, the former chairman of the Russian-American Chamber of Commerce, he added.

Christopher Steele, the author of the dossier, told the FBI on Oct. 3, 2016, that Millian was an unwitting sub-source for several bombshell allegations made in the dossier. Steele also told investigators that Millian is identified under different source names in the dossier: Source D, Source E and a Russian close associate of Trump.

Millian is identified as “Person 1” in the Justice Department inspector general’s (IG) report of the FBI’s Crossfire Hurricane investigation.

Steele told the FBI on Oct. 3, 2016, that Millian was a “boaster” and “egotist,” but still used his information for the dossier, the IG report stated, adding that the FBI opened a counterintelligence investigation of Millian nine days after agents met with Steele.

Steele relied on a single source to collect information from several sub-sources, both inside and outside of Russia. Steele alleges that Millian provided information about a video tape of Donald Trump with prostitutes, as well as about a “well-developed conspiracy of cooperation” between the Trump campaign and Russian government.

Millian has vehemently denied being a source for the dossier ever since news outlets identified him as such on Jan. 24, 2017. He has claimed he was framed by Steele and Fusion GPS, the opposition research firm that investigated the Trump campaign on behalf of Democrats.

The special counsel found no evidence of a conspiracy between the Trump campaign and Russia. The FBI received evidence in early 2017 that Russian intelligence operatives might have fed disinformation to Steele, according to the IG report.

Nunes appealed to Millian to reach out to his office to discuss the dossier, noting that the special counsel’s team was unable to track down and interview the businessman.

“He is hiding somewhere around the globe, we don’t know exactly what country he’s in, but we really would like Sergei to come forward and talk to us,” Nunes said.

“Either he was, you know, working for Fusion GPS and the Clinton campaign, and dirtying up Trump people, or it’s quite possible he may have been framed.”

“We don’t know which of those is true, but we want to find out.”

“He is Steele and Glenn Simpson and Fusion GPS, he is one of their major sources.”

Nunes said that he could guarantee Millian’s safety if he comes forward.