President Donald Trump is taking aim at the United Nations and a program that diverts US resources into aid for alleged Palestinian refugees.

The Trump administration claims that a UN agency tasked with giving aid and support to Palestinian refugees “has perpetuated and exacerbated the refugee crisis.” The administration has yet to unveil their comprehensive Middle East peace plan at this present point, but a part of it targets the United Nations Relief and Works Agency for Palestine Refugees (UNRWA).

“UNRWA’s mandate has perpetuated and exacerbated the refugee crisis and must be changed so the Palestinian people can reach their full potential,” a senior administration official said to CNN Monday.

The president’s son-in-law and senior adviser Jared Kushner is leading the way on this effort to delegitimize the UNRWA.

“This [agency] perpetuates a status quo, is corrupt, inefficient and doesn’t help peace,” Kushner wrote in an email earlier in the year.

The UNRWA funnels US taxpayer-funded resources to help five million Palestinians currently designated as refugees. Individuals serviced by these handouts live in the West Bank, Gaza, Jordan, Syria and Lebanon. The UN Secretary General Antonio Guterres is now “very concerned” about the future of the agency as it experiences its worst financial crisis ever.

“The US policy regarding UNRWA has been under frequent evaluation and internal discussion. The administration will announce its policy on UNRWA in due course,” a Trump administration senior official told CNN. “UNRWA’s financial situation has been unsustainable for a long time, and for years we have voiced the need for UNRWA to seek out new voluntary funding streams, increase financial burden sharing among donors and find ways to reduce expenditures.”

The US is still pledging $60 million to the UNRWA at the present time, which the UN bureaucrats claim is not enough to fund their lavish program. The UNRWA’s top official Pierre Krahenbuhl claims that the US has denied an additional $305 million in funds this year, showing the Trump administration’s dedication to fiscal responsibility.

The Trump administration believes that forcing the UN to economize their resources more effectively is a way to drain the global swamp, as it does not make sense for US resources to be squandered giving welfare benefits to supposed refugees in hostile foreign countries. 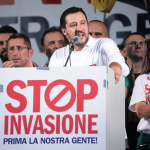