A report from the Department of Homeland Security says the Chinese government lied to world health agencies about the spread of coronavirus in order to buy time to stock up on medical supplies to deal with the pandemic.

The Homeland Security report assessed that Chinese leaders “intentionally concealed the severity” of the novel coronavirus outbreak, which originated in Wuhan in November 2019, according to the Associated Press, which obtained the report.

Chinese leaders told the World Health Organization as recently as Jan. 14 that there was no evidence of human-to-human transmission of the coronavirus strain. Those assurances led to a false sense that the virus would not transmit easily, and that it could be easily contained.

While withholding information about the transmissibility of the virus, the Chinese government was busy ordering medical supplies from abroad, including face masks, gloves and surgical gowns, says the May 1 DHS report obtained by the AP.

The report says that officials determined with a 95% degree of probability that China’s trade activity was not within the normal range, according to the AP. Chinese officials also denied that the government had imposed restrictions on exports, while “obfuscating and delaying” the release of its trade data.

The Chinese government has come under intense scrutiny for its response to the coronavirus through December and January.

Dr. Scott Gottlieb, the former commissioner of the Food and Drug Administration, has said that Beijing withheld accurate information about human-to-human transmission, and also refused to provide world health officials with live strains of coronavirus, delaying the development of diagnostic tests.

“China was not truthful with the world at the outset of this,” Gottlieb said in an April 12 interview on “Face the Nation.”

The Chinese government has also been accused of lying about the number of positive coronavirus cases and deaths in the country.

A majority of the 17 agencies that make up the U.S. intelligence community also believe the coronavirus outbreak originated from an accidental leak from a biological lab in Wuhan, China. 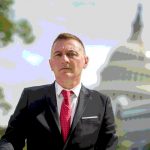