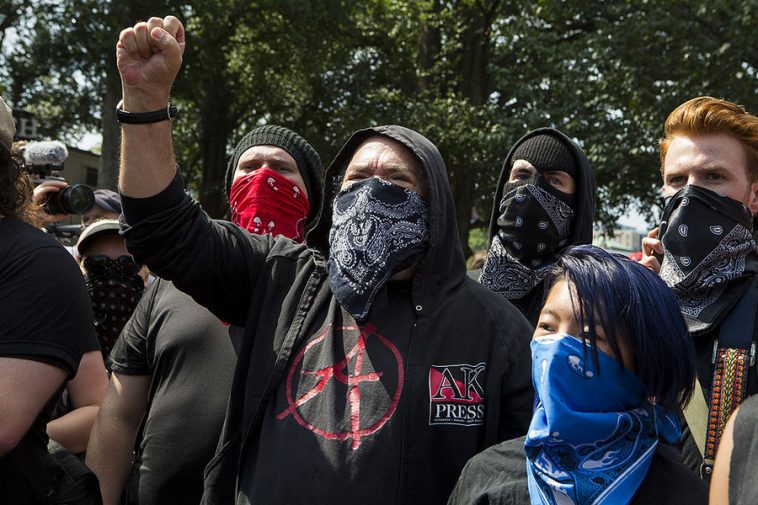 As leftist mobs descend upon our society to prevent America from being great again, some naive Americans think that by laying low they can be spared of this terrorist rampage. They feel that it won’t impact them so they look the other way.

These folks will learn, sooner or later, that cowardice won’t keep them safe. Sooner or later, every American will be face to face with these cretins, as “Zachary” of Philadelphia learned the hard way after the terrorist leftist mob mistakenly identified him as a Proud Boy for walking outside of a patriotic rally.

The Times of Israel gives the details of this Orwellian horror story:

“The man, identified only as “Zachary” after asking that his name be withheld, had wandered across a tiny conservative rally of some 30 activists and a counter-protest of several hundred left-wing activists across a police cordon in Philadelphia’s Independence Mall, site of the city’s iconic Liberty Bell and outside the building where the American Declaration of Independence was signed.

The far-right rally, dubbed the “We the People” gathering, was organized by the Proud Boys activist group. The rally was smaller than expected. As one counter-protester, New Yorker Michael Bartolone, who had traveled to Philadelphia to take part in the counter-protest, complained to the Washington Post, “I kind of wonder if they were just screwing with us, that they made some event to get other people to waste their day.”

But despite the low numbers, tensions were high between the groups, and hundreds of police officers were deployed to separate the sides.

According to local news outlet Billy Penn, it was in the middle of that tense standoff that 34-year-old Jewish resident Zachary was mistakenly identified by some counter-protesters as a Proud Boy, and was attacked by several people who were present.

“In numerous videos…[Zachary] can be seen shielding his face with his jacket as he tried to flee Independence Mall early this afternoon after being labelled a Nazi and a Proud Boy,” Billy Penn reported.

The site quoted the Jewish man, a self-identified pacifist and organic produce salesman, as saying, “I was just an observer.”’

The entire gory scene can be viewed here:

This is the future of America if ANTIFA and other terrorist, anti-American mobs are not put down. We are headed to something worse than Soviet Russia if this leftist threat is not crushed in the very near future!