Whether or not former Attorney General Jeff Sessions wins back his old Senate seat, President Donald Trump and Congress must seriously consider his proposal to halt immigration until unemployment returns to pre-Coronavirus levels.

While most politicians are arguing over how to reopen the economy, only Sessions is addressing the impact legal immigration has on jobs. On Thursday, he announced a plan to establish a “moratorium on employment-based immigration.”

The moratorium would last until the unemployment rate fell to 3.5 percent, where it was before the coronavirus crisis hit the US.

The run-off Republican primary race for US Senate in Alabama was supposed to be over last month. Former Alabama University football coach Tommy Tuberville, boasting an endorsement from Trump himself, led Sessions by double digits in a poll weeks before the initially scheduled election date of March 31.

Now that the election is reset for July 14, due to Covid-19 precautions, new life is breathed into the race. In addition to the Chinese virus, two more pandemics will be top issues: job loss and legal immigration.

Over 22 million Americans lost their jobs in the last month, “nearly wiping out all the job gains since the Great Recession,” CNBC reported Thursday.

Support for an immigration moratorium is rising among conservative leaders and the American people as a whole.

Conservative commentators like Tucker Carlson, Laura Ingraham, Michelle Malkin, and Ann Coulter have long favored one. Charlie Kirk, the leader of Turning Point USA and Students for Trump, recently reversed his position of “stapling green cards to diplomas” of foreign nationals. He now calls for a “total and complete moratorium on all visas.”

A recent Ipsos poll found 79 percent of Americans support a temporary pause on all immigration. Currently, over 1 million legal immigrants are added to the country every year.

Sessions’ opponent, however, recently lamented that 400,000 workers in India were unable to “be Americans.” In a muddled explanation, Tuberville blamed illegal immigrants for taking the places of these Indians, while also supporting a program to bring illegals “out of the shadows.”

Where Trump stands on immigration should be clear. Unfortunately, Sessions lost the president’s support after failing as his attorney general, abdicating his role in the Russiagate investigation. Trump is endorsing Tuberville for personal reasons, not policy.

Despite being hawkish on immigration for 20 years in the Senate, and despite being the first sitting US senator to endorse Trump in February 2016, Sessions is now struggling to convince Alabamians that he’s the Trumpist candidate.

“We don’t need to be bringing in immigrants now, in any kind of numbers, that are going to take jobs from Americans,” Sessions told the Alabama Federation of Republican Women on Wednesday night, Yellow Hammer News reported.

Whether it’s Tuberville or Sessions running against incumbent Democrat Senator Doug Jones in November remains to be seen, but the American people should not have to wait that long for substantive immigration policy in this crucial moment.

Congress reopens in May. One of the first legislative acts should be to pass a moratorium like the one Sessions is proposing. The corporate donor class wouldn’t be pleased, but the country would love it.

Needless to say, Trump won the White House because of sentiments like those. Right now could not be a better time for him to pressure Congress to reform immigration policy.

A moratorium is a great place to start. A comprehensive bill that permanently ends chain migration and birthright citizenship in exchange for a points-based merit system, while restricting asylum protection to the internationally recognized definition, and which tracks non-immigrant visitors via biometric entry/exit systems should be debated on the House and Senate floors.

Natural supporters in the Senate for these policies include Republican Senators Tom Cotton of Arkansas, David Perdue of Georgia, and Josh Hawley of Missouri, who support the RAISE Act, which cuts legal immigration.

Whereas most Republican senators support big business interests in maintaining a large labor pool that lowers wages, there may be a few who would move further right under current circumstances.

Senator Rand Paul of Kentucky once proposed a “trade-off” where no new legal immigrants would be accepted “while we’re assimilating the ones who are here.”

Senator Ted Cruz of Texas told Numbers USA that legal immigration should be scaled down to traditional levels of 250,000 per year when he was a candidate in 2012.

With three months of campaigning left to go, Sessions reported a campaign account balance of over $749,000, and Tuberville reportedly has campaign cash totaling nearly $459,000. Of course, much more money will be spent on the race by outside political action committees, especially under an economic lockdown confining many voters to TV and computer screens.

Much of that money could be wisely spent communicating a message that reflects the decades-long plea of Americans to put America first.

Tuberville may have the most recent photos smiling alongside Trump, but so far, Sessions is bringing the substance. Come 2021, whoever the next Alabama senator is, they should be voting on an immigration moratorium bill if one has not already passed.

Gavin Wax is the publisher of The Schpiel. 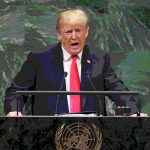 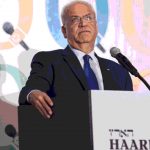