The release of a list of U.S. government officials on Wednesday who made unmasking requests for information about Michael Flynn has quickly descended into a tense partisan debate over whether the Obama administration improperly targeted the former national security adviser.

Two Republican senators released a list of 39 officials in the Obama administration and White House who made unmasking requests during the presidential transition period that revealed Flynn’s name in classified intelligence reports held by the National Security Agency.

Republicans say that the list is evidence that members of the Obama administration unfairly targeted Flynn, a retired general who served as Donald Trump’s first national security adviser. Democrats defended the requests, saying that they were part of a routine intelligence gathering process.

Here’s what we know and don’t know about the unmasking process, who was involved, and what it means for Flynn.

What is an unmasking request?

Certain U.S. officials can submit requests to uncover information that is redacted in intelligence reports regarding foreign targets of U.S. surveillance. The names of Americans identified in the reports are typically redacted, but an unmasking request can unveil the information.

Admiral Mike Rogers, who served as director of the National Security Agency, explained the unmasking process during a June 7, 2017 Senate Intelligence Committee hearing.

Rogers said there are three criteria that an unmasking request has to meet.

“Number one, you must make the request in writing. Number two, the request must be made on the basis of your official duties, not the fact that you just find this report really interesting and you’re just curious. It has to tangibly tie to your job,” Rogers testified.

The third criteria, Rogers said, is that “the basis of the request must be that you need this identity to understand the intelligence you’re reading.”

Rogers said that when the NSA approves unmasking requests, recipients of the intelligence are reminded that the information is classified.

“By revealing this U.S. person to you, we are doing it to help you understand the intelligence, not so that you can use that knowledge indiscriminately. It must remain appropriately protected,” Rogers said.

Is there anything wrong with unmasking Flynn?

Unmasking is a common practice and is not illegal. But Republicans have questioned whether Obama administration officials specifically targeted Flynn with unmasking requests and then leaked the information to the media.

The leak issue was first raised in reference to stories that appeared in The Washington Post regarding Flynn’s calls in late December 2016 with Sergey Kislyak, the Russian ambassador to the U.S.

On Jan. 12, 2017, Post columnist David Ignatius reported that a senior U.S. official said that Flynn had spoken by phone weeks earlier with Kislyak.

Ignatius raised the possibility that Flynn and Kislyak discussed U.S. sanctions against Russia. The columnist further questioned whether Flynn had violated the Logan Act, an obscure law that bars private citizens from negotiating with foreign governments.

The disclosure to Ignatius was seemingly a leak of classified information taken from transcripts of Kislyak’s phone calls, which are routinely monitored because of his position in the Russian government.

Republicans have theorized that after Flynn’s name was unmasked in intelligence reports, his involvement in the call with Kislyak was leaked to the Post.

Who made the Flynn unmasking requests?

Thirty-nine government officials submitted requests from Nov. 8, 2016 and Jan. 31, 2017, according to government records. Biden, Comey, Brennan and Clapper received the most attention given their top positions in the Obama administration.

Several Treasury Department officials, including Sec. Jacob Lew, also submitted requests. The ambassadors for Italy, Russia and Turkey also made requests as well, according to the documents.

Beyond Biden, the only other request from a White House official was one made on Jan. 5, 2017 by Denis McDonough, who served as Obama’s chief of staff.

Do we know who leaked to The Washington Post?

The source for the Flynn-Kislyak leak has not been identified, though several Obama administration officials have denied being behind the disclosure.

Former Rep. Trey Gowdy asserted Thursday that the list of Obama officials is “a really nice witness list to start investigating the leak of classified information.”

“Disseminating that name to the Washington Post is a 10-year felony,” said Gowdy.

Why did Biden make an unmasking request?

Biden submitted his request on Jan. 12, 2017, the same day that a Washington Post column revealed that Flynn had phone calls weeks early with Sergey Kislyak.

There is no indication that Biden was the source of information for the column, but it remains unclear what prompted him to make an unmasking request that revealed Flynn’s identity.

The presidential candidate has yet to comment on the issue, though an official on his campaign attacked CBS News reporter Catherine Herridge after she published the list of Obama administration officials who unmasked Flynn.

“Vice President Biden how many other unmasking requests did you make?” he asked rhetorically in a Fox News interview.

What was going on at time of unmasking requests?

The dates of the unmasking requests tend to match up with news reports out at the time mentioning Flynn or other information about Flynn’s activities that have come to light through the special counsel’s investigation or other reports.

Power, who served as U.S. ambassador to the United Nations, submitted a request on Nov. 30, 2016. That was around when the Justice Department opened an investigation into Flynn’s work for the Turkish government.

Power and Clapper made requests on Dec. 2, 2016, the same day that Flynn and Trump son-in-law Jared Kushner met Kislyak at Trump Tower.

Officials submitted a flurry of requests in mid-December 2016. That was around the same time that Flynn, Kushner, and Trump strategist Steve Bannon met at Trump Tower with Sheik al-Nahyan, the president of the United Arab Emirates.

Clapper submitted a request on Dec. 28, 2016, the same day that Kislyak reached out to Flynn. Kislyak and Flynn spoke by phone the following day. The next request on the list was submitted by McDonough, the chief of staff to Obama. 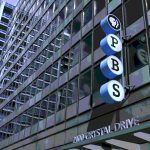