FBI Director Christopher Wray on Friday ordered an internal investigation into whether any bureau employees engaged in misconduct in the probe of Michael Flynn, the former national security adviser.

In a statement, the FBI said that Wray ordered the bureau’s inspection division “to conduct an after-action review of the Michael Flynn investigation.”

The review will “evaluate the relevant facts related to the FBI’s role in the Flynn investigation and determine whether any current employees engage in misconduct,” the statement says.

Wray has recently come under intense scrutiny from Republican lawmakers who say the FBI chief has refused to provide documents to Congress about various aspects of the bureau’s investigation of the Trump campaign.

Wray ordered the inspection division to coordinate with Jeffrey Jensen, the U.S. attorney for St. Louis. Attorney General William Barr appointed Jensen in January to review the FBI’s investigation of Flynn after his attorneys accused the Justice Department of withholding exculpatory information in his case.

The FBI announcement comes after the Justice Department filed a motion on May 7 to withdraw charges against Flynn for making false statements to the FBI regarding his contacts with Russia’s ambassador in late December 2016.

Jensen’s review turned up FBI documents that showed that investigators were poised to close a counterintelligence investigation of Flynn in early January 2017.

Peter Strzok, who then served as deputy chief of counterintelligence, intervened to keep the investigation open after the FBI received intelligence on Flynn’s phone calls in late December 2016 with Sergey Kislyak, a Russian diplomat.

Jensen also uncovered a note in which Strzok’s boss, Bill Priestap, questioned the purpose of an interview with Flynn to be held at the White House on Jan. 24, 2017.

“What is our goal? Truth/Admission or to get him to lie so we can prosecute him or get him fired?” Priestap wrote in his memo. 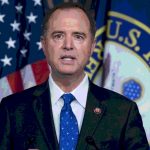