New York Congressional hopeful Joey ‘Salads’ Saladino is not shy when it comes to telling the truth about his sexual prowess, and even mainstream media hacks have to admit that he’s the real deal.

I have had sex thousands of times,
Not one pregnancy.

But even if it all fails, I am prepared for the girl to get pregnant because is one of the outcomes to having sex.

Madeleine Aggeler, who is a 6 out of 10 after a few beers if her picture is any indicator, whined about Joey Salads’ toxic masculinity in a blog post over at The Cut.

“What was his math, exactly? How long has Saladino been sexually active? How long has he been in and out of relationships, and how many times have he and his partners “banged in a day”? Has he always been such a romantic?” Aggeler asks, her ovaries yearning because she’s not yet on Joey Salads’ list.

Aggeler crunched the numbers, and she even had to admit that Joey Salads was likely telling the truth about his studly proclivities.

“Considering the ebbs and flows of an average person’s sexual activity, this makes sense, and does not seem like a wild, John Mayer amount of sex. I am, therefore, inclined to believe Saladino’s claim,” the feminist commentator wrote, a puddle accumulating beneath her as she typed.

When you have over four million social media subscribers over various platforms, getting supple young babes in bed comes easy. Joey Salads hopes to translate that social media following and his virile sexual appetite into a Congressional seat representing New York’s 11th district.

Although Aggeler clearly wouldn’t mind being another notch in Joey Salads’ belt, this harpy still has the nerve to criticize the upstart’s political ambitions.

She wrote: “Although he appears to be honest about his sex life, his proposed political platform remains terrible. In an interview with the Daily Beast, Saladino said he want to lower the federal minimum wage of $7.25 an hour, he is vehemently anti-abortion, and earlier this week, he tweeted, “How do you prevent Rape? Carry a Gun.”’

While Joey Salads’ Casanovian sex life is now a matter of public record, he continues to promote the trad chad lifestyle by telling his young followers to always bag up before diving in.

He also has great respect for his supporters with Christian family values.

Btw. I respect ppl who wait till marriage or the right person.

Joey Salads intends to Make Staten Island Great Again with his unorthodox political campaign, and liberal media recognition (or scorn) about his exuberant masculine libido will only help him accomplish his goals. 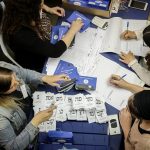 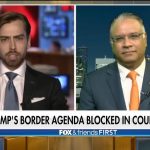