The College Republicans have been seen for years as little more than a rubberstamp for the establishment GOP, and that was especially evident when certain College Republican groups refused to endorse Donald Trump for President in 2016.

One man – College Republican National Committee Treasurer Charlie Kolean – has had enough of the status quo. He released a scathing letter indicating there is no transparency in how the CRNC is handling their funds.

“The College Republican National Committee is carrying a substantial amount of debt that has been materially affecting the operations of the committee,” Kolean said.

The entire letter can be seen here:

Kolean was approached about a comment for this article, but did not respond. He is calling on CRNC Chairman Chandler Thornton to release information showing the debt load, revenue, cash on hand, detailed reporting on personal reimbursements, information on how money is being spent, and all of those same records from before Thornton took office.

This bombshell is causing a split between CRNC faithful. Some feel that Kolean, an activist who helped turn Michigan red as a volunteer for the Trump campaign in 2016, is raising this issue publicly to boost an upcoming run to lead CRNC while others believe he is setting a much-needed example by putting ineffective leadership on notice.

“This post, especially by making it public, does nothing but hurt our relationships with donors and embarrass us as an organization. To grandstand in such a way, when we need the CRNC at top strength until November, is wrong and you lose credibility in your complaint as a result,” said Dan Passen, who serves as the State Chairman at New Hampshire Federation of College Republicans. “I would have stood with you on this if you did it properly, but now you have done nothing but prove their point on why they chose to withhold information from you.”

“[Kolean] is doing exactly what we want, making CRNC transparent for the good of all College Republican chapters throughout the country,” said Alex Suli, who is a member of the College Republicans at Grand Valley State University. “Hard to believe that being effective in your position and calling people out is what someone would consider ‘campaigning for National Chair,’ but if his record is what will be used for his campaign, sounds like he’d make one hell of a Chair.”

The behavior of College Republicans across America seems to indicate that massive reforms are necessary. In addition to the College Republican organizations that refused to support Trump in 2016, the ‘Never Trump’ contingent is following that up by adopting liberal positions like carbon taxes to defeat global warming. If he decides to run for CRNC Chairman, Kolean’s populist approach with a laser focus on accountability seems to be the right choice to keep CRNC relevant in the Trump era. 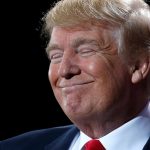